With 120+ Unicorns, Tiger Global Management Has Backed the Most Billion-Dollar Companies

Tiger Global Management, based in the United States, is the world's top unicorn investor, with more than 120 unicorn companies in its portfolio, far ahead of SoftBank Group, which has 77 unicorns and is ranked second, and Coatue Management, which has 61 and is ranked third, according to CB Insights data.

SoftBank Group was discovered to be the second largest unicorn investor after Tiger Global Management. SoftBank Group of Japan primarily invests in companies in the technology, energy, and financial sectors. It also manages the Vision Fund, the world's largest venture capital (VC) fund focused on technology, with over $100 billion in capital, backed by sovereign wealth funds from countries in the Middle East.

SoftBank has made investments in unicorn startups such as Klarna, the world's leading buy now, pay later (BNPL) provider, One97 Communications, the owner and operator of India's largest online commerce platform and mobile wallet Paytm, and Creditas, a Brazilian lending company.

Coatue Management, a global tech-focused investment manager based in the United States, is ranked third. Coatue Management invests in public and private markets, with a focus on technology, media, and telecommunications, as well as consumer and healthcare.

Coatue Management has invested in fintech unicorns such as Bitmain Technologies, a semiconductor company that provides blockchain and artificial intelligence (AI) hardware and solutions, Fireblocks, a digital asset custody, transfer, and settlement platform, and Ramp Financial, a provider of corporate cards designed to save businesses money.

The most effective unicorn investors

This rate corresponds to the proportion of total unicorn investments to the number of early-stage investments. It demonstrates a firm's unicorn investment prowess as well as expertise in identifying future winners and champions early in their journey.

Accel, Andreessen Horowitz, and Sequoia Capital are three venture capital firms. China emerged as the most efficient unicorn investor, having invested in 51%, 37%, and 36% of their unicorn portfolio companies at the seed or Series A stage, respectively. 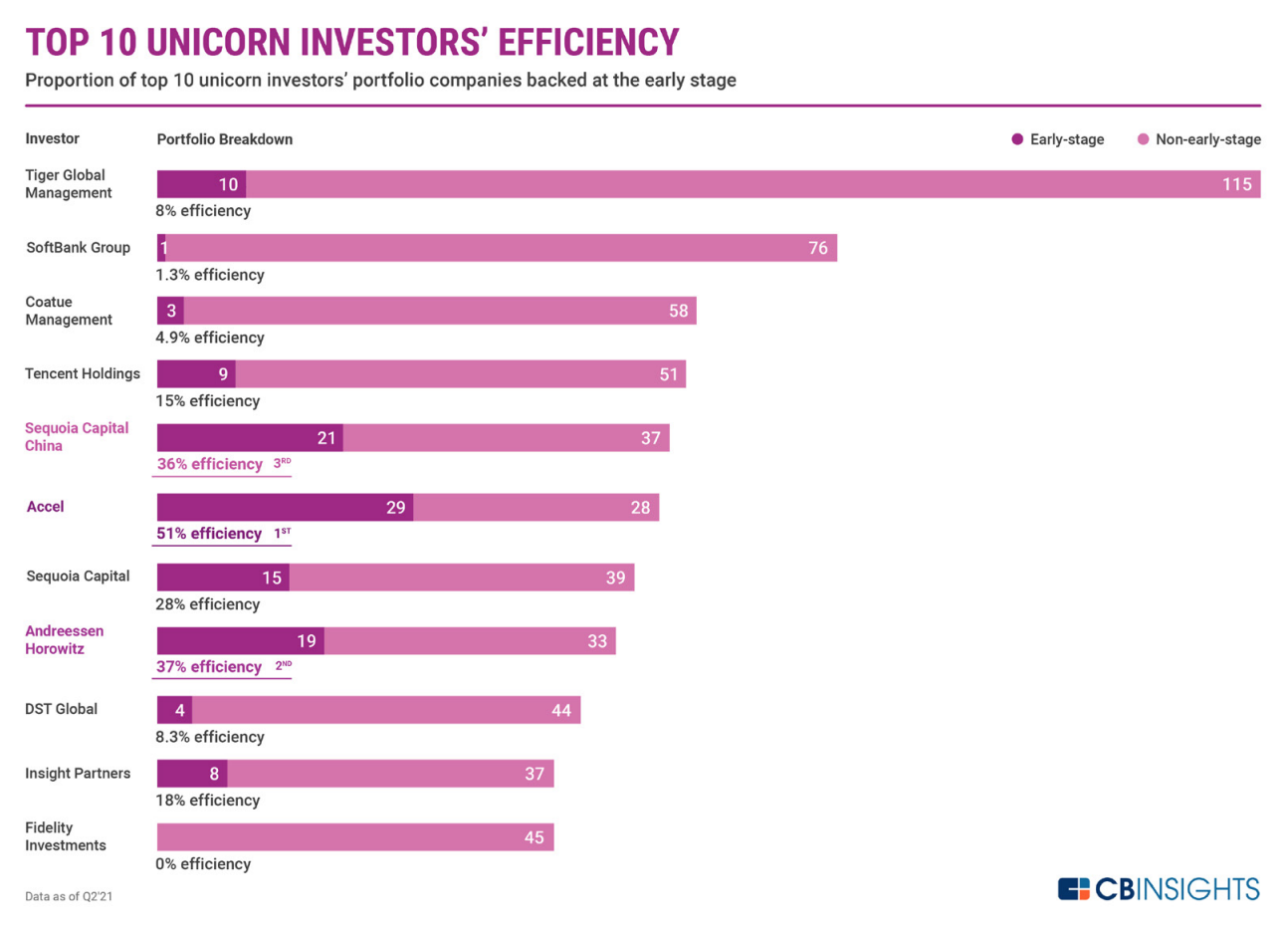 Looking at all investors who have backed at least ten unicorns, Benchmark ranks first in efficiency for early-stage unicorn investments at 80%, followed by Social Capital (75% ) and 5Y Capital (50% ). (71 percent ). 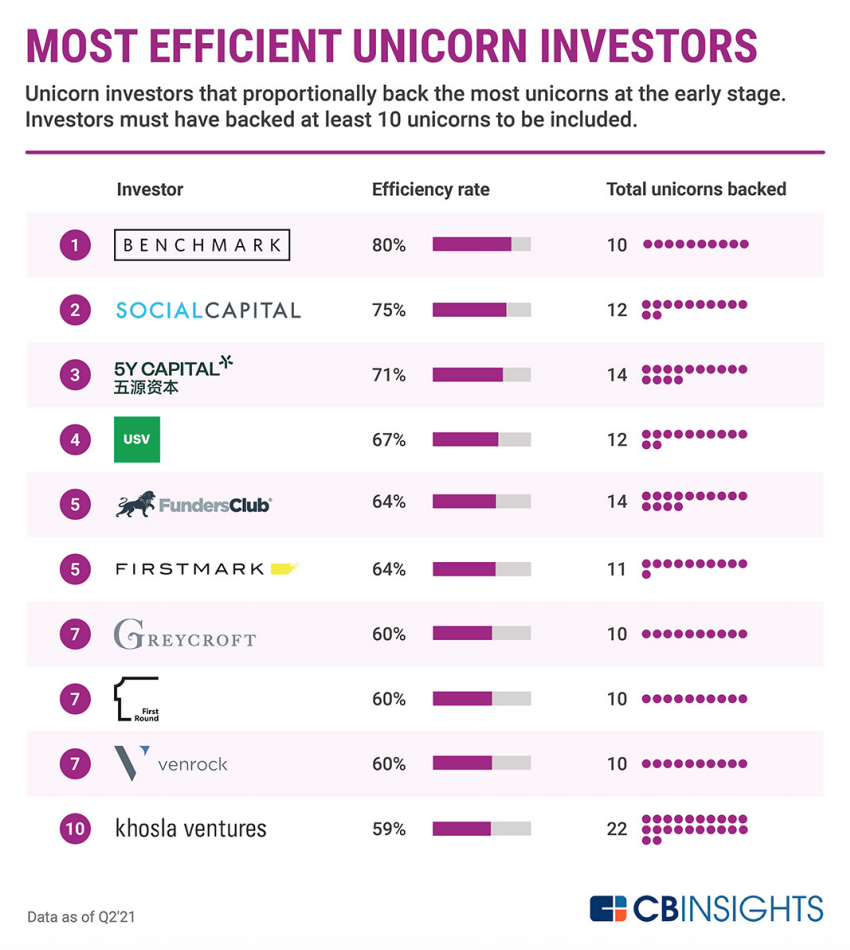 According to CB Insights data, there were over 800 unicorns in the world as of August 2021, worth a total of $2,588 billion. 131 of these billion-dollar companies are in the fintech sector, with a total valuation of $516 billion.