Why Fintech Companies Like Square and Stripe Are Thriving Right Now

This is the reason why the economic recession has a very severe impact on the world economy, but on the other hand, brings a huge benefit for businesses doing payments and investment loans.

Normally, there are two types of businesses that are severely affected by this terrible economic downturn. First, companies that do not have any shelter or cover and they are attached to every aspect of the economy, namely payment providers. The second, the lenders and borrowers who cannot afford a loan, and easily "default" at any time.

Both types of businesses are a part of fintech which has a huge growth over the past decade as some industries turn online, and traditional retailers have shifted to a business model integrating technology and banking. If fintech companies are on “the brink of financial bleeding”, being affected by this sudden recession is inevitable.

But that's not what we're seeing. In recent times, payment processor startups have skyrocketed. VISA company pledged not to fire their employees, SOFI stood out with transactions of billions of dollars. Stripe raised an additional $ 600 million in the capital, raising its valuation to $ 36 billion, and Robinhood is also planning to raise capital from venture capitalists. Square founder, Jack Dorsey, added $ 1 billion of Square stock to combat the pandemic crisis and is using Square's Cash App to help clients receive an attractive payout. Square is not the only unit to have these programs. Challenger Chime Bank has provided the test of this program’s “attractiveness” and Plaid is developing an application project to make it easier for companies to join the system to register for small business loans.

Biggest fintech companies have been trying for more than 10 years to build products, from payment, money transfer to loans to serve their customers based on the criteria of prioritizing technology, fast, flexibility and convenience.

During this economic and financial crisis, fintech businesses learned what seemed right would turn out to be wrong: the year of 2008 give everyone a lesson that complex credit services are capable of hiding in risks better than to minimize them; In 2000, it helped people realize that "although the Internet is a headache problem, this problem does not mean that any Internet business can be successful"; The year of 1987 again proved that "be the first to go" is not an unbeaten strategy if everyone uses it. If this pattern is correct, fintech development companies, a combination of two super abstract industries, will suffer terrible consequences from the most powerful recession in US history in present.

So why are fintech companies so strong? What are the reasons?

Stand up with the powerful wave of the e-commerce company

The economic depression caused by Covid-19 does not directly affect everyone. The businesses that suffer from this economic pain are those dealing with cash transactions (face-to-face). While there is a better way for all to spend money through customers turning to the e-commerce company, it's obvious that this is extremely beneficial for financial, payment processing businesses.

Many businesses are starting to turn to international e-commerce web hosts, prioritizing the use of digital in cashless payment services like Stripe and PayPal. Big changes in consumer behavior have a positive effect on online stores and also help a lot of people. If you are dealing with complex back-up and record-setting needs, it's important to spend more time building, deploying payment applications or processing refunds, It's easy to install these apps, the no fraud and anti-fraud payment services are the greatest advantage.

The fact that point-of-sale systems in businesses should be an exception to the digital payments industry's general prosperity, and Square has announced that its gross profit has plummeted, from the annual growth of 51% in January and February downing to  25% in total return on retail-focused products for 10 days ending March 24. 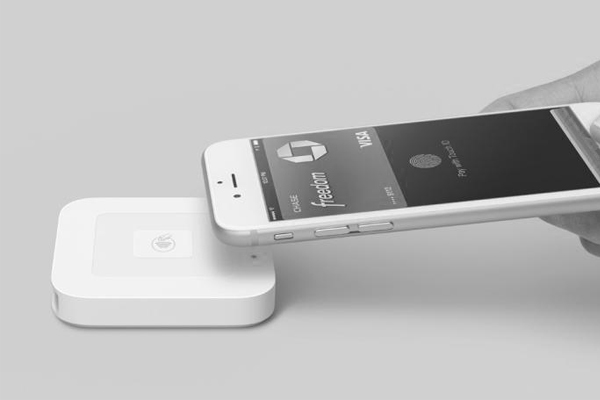 Best fintech companies in the world

The alternative lending sector has witnessed tremendous growth over the past 10 years. Traditional banks have gradually retreated and are burned by the economic and financial crisis and domineered over in post-crisis regulation. The new players are fintech companies and lenders that are more attractive at the moment. These firms have developed processes for scaling up investment sourcing and borrowers, credit assessors. Compared to the old-style banks, this has more novelty and also more positives, both in terms of technology, value and legal procedures. This puts banks in a situation where, even though they used automation earlier than other industries, they have to face system maintenance costs due to too many old systems that cannot be erased, machines for launching a new service to market. Certainly, a new lender does not have to be affected by this, they just have no basis, network or guarantee the safety of money.

LendingClub proves this theory, both in terms of what it has done for the economy and the speed at which it is adapted to its financial ecosystem. The company was founded as a basic peer-to-peer lender: if a client needs money, they would lend from other users. From that basis, they turned from a peer-to-peer lending company to a lending company from venture capital funds, reputable credit funds. LendingClub is also trying to refine its business. In February, LC became the first fintech company to have the acquisition of the traditional bank, creating a solid premise and a safe deposit base to lend instead of using funds from hedge funds. Somehow, it's going round and round and transforming into an FDIC-insured bank. This is the cunningness of fintech business to creatively fix old facilities. Can the traditional banks turn around to become like that or have to find themselves a new way?

With so many businesses in need of capital and so many senders shifting from physical stores to electronic commerce companies, companies that can cater to those needs will be prosperous.

Other top fintech companies have switched to lending in a more direct way. Square Capital offers loans that are calculated according to customers' revenue of Square, where customers can borrow upfront and payback when they have enough money. Why is this satisfactory? It goes right over incentives; by looking for lenders to help borrowers growing faster (if the customer expects his loan to be repaid in one year and it happens just in six months, the customer has doubled the income like the way Square is doing). Loans calculated by revenue such as those of Square Capital are ideal financial services during the economic crisis of Covid-19 when some companies receive negative revenue, long-term value is threatened by the risk of capital bleeding, losing all assets. In other words, repaying the loan based on revenue means the lender is saving this seriously depressed economy. Unlike traditional loans, these carry risks away from vulnerable small firms and to larger, better- equipped firms to handle it.

Square has "collapsed" the wall preventing the credit card industry with evidence from reality.

Clearbanc is another buzzing fintech company in this new lending industry and its model is judged very smart. Instead of sponsoring the entire business, it focuses mainly on sponsoring advertisers. It realizes small and medium businesses earn an extremely high return on their ad expense and sponsoring them on advertising costs. What they have caught here is that they lend to customers with less collateral than traditional banks. If a company can spend $1 on advertising and make $3 in gross profit, the loan agreement with their collateral is $3. Billing cycles also tend to grow strong and fast as profitable advertising is easier to quantify than advertising.

It is more than just an ordinary financial service: New lenders can help borrowers optimize their spending, making a profit on both sides. If you are lending money to a company to buy ads on Facebook, Google, Twitter and Snapchat, Linkedin, it is reasonable to figure out which channel works best for them to focus their capital on that social media channel. At the same time, you should also consider which media ads are changing positively for users to drive them towards those things and develop the company better.

While there is an absolute shift to reduce expenses, at the same time making quite more shift from e-commerce company benefiting payment apps, fintech firms.

This is especially important because one of the lasting consequences of the economic downturn caused by Covid-19 is that the capitalist economy shifts gradually, even small businesses to large businesses having high-profit margins, plenty of cash and the ability to access market capital is fairly easy. It’s apparent that there are some circumstances as these businesses selling local household burgers will be more difficult to raise capital than McDonald’s, so conversations can become an abundant source of capital in the near future after joining these loan programs, especially at a time of economic recession every day. 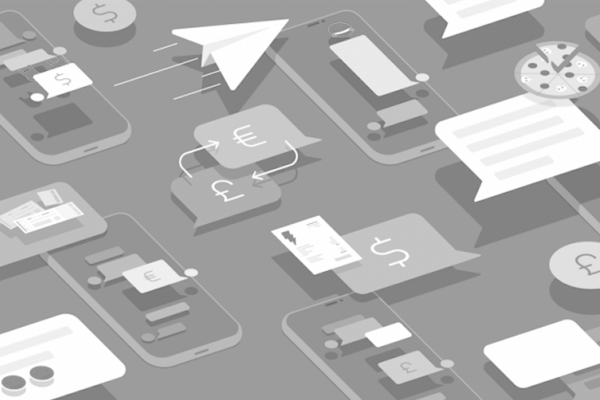 The impact can be avoided but only a very small number, but top fintech companies are trying to minimize this bad situation by supporting small companies with the types of technology and software applications that the large enterprises created. The electronic commerce companies giants invest huge sums of money in detecting network information fraud and protecting from hackers, the thing that a single retailer never had the chance to follow. But Stripe has used all its intelligence to prevent fraud and make money from them through payment and loan services. SMB-focused software gives independent companies a macroeconomy without forcing them to give up their independence.

There is a problem with loans is that rechecking them is often difficult. Banks often build credit models based on a customer's transaction and spending history. If you are lending a loan and the borrowers are a building or a factory, you can visualize the historic economic downturn of the mid-19th century to see what changed the value of loans.

The fintech industry's bright future is how they are benefiting from this devastating economic downturn. Although we’re all aware of bad things that are happening to the economy, no one can deny this is an opportunity for fintech startups. It’s true, and right after that will be a series of news on stocks which are rising.

Although new business models still have many disadvantages and it is difficult to compete with players who inherit existing assets, they must prepare themselves for a progressive mindset than the old because anything can rock the economy. With so many businesses in need of capital support and investors, transferring their spending from retail stores to electronic commerce companies is also how they are reducing business costs.

Covid-19, a microscopic virus that caused a catastrophic economic crisis. This is always a surprise and not everyone can be aware of its effects. But with the dedication and relentless efforts of global fintech companies during the past 10 years during the product development journey, from payment to money transfer to lending, there will certainly still be a foothold. This is a new economic trend, developing digital, artificial intelligence in all aspects of the business activities of the business. It’s maybe fortunate, after the covid-19 epidemic, the competitive advantage of fintech companies became greater, the list of fintech companies is growing up. Let's wait for the next result!