Most legal cross-border remittances are made via a network of correspondent and intermediary banks or money transfer operators (MTO). There is no central clearing system and these transactions can only occur during regular banking hours. Transactions are subject to processing fees from multiple intermediary banks. MTOs such as Western Union is a faster but more expensive alternative, often used by the unbanked. 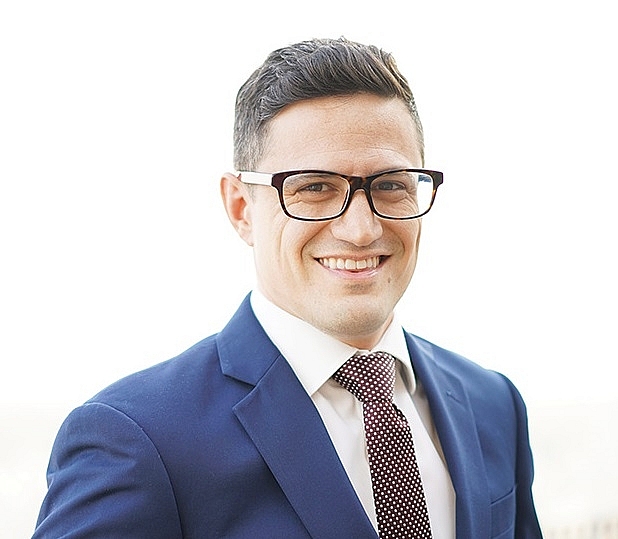 In past years, inward remittances have made positive contributions to Vietnam’s economic situation. Philip Ziter, a lawyer in the Ho Chi Minh City office of US-backed consulting firm Russin & Vecchi, provided analysis data on investment opportunities related to blockchain remittances from the national, as well as recommended terms and policies.

Blockchain technology changes remittances and all of the system. Based on distributed ledger technology (DLT), each transaction is used to be total information instantly. A perfect, identical record of each transfer represented on the network as a 'node'. Remittance transactions grouped into "blocks" are statistically ordered chronologically, recorded in a "chain". All parties on a network can review prior entries.

Banks and MTOs are safely cross-border remittance enterprises. Unregulated, alternative remittance channels (meaning the Hawala system) have long existed but these are based on trust between the two sides.

According to the World Bank(WB), the average cost to send a remittance overseas by any method was 6.94 percent in the first quarter of 2019. Remittance fees are assigned a specific level for each money transfer corridor (meaning a source country and destination country pair, for instance, the Hungary-Vietnam). Choosing banks and MTOs affords a high level of trust, but the fees are expensive. Each year, exchange rate losses and processing fees total about 9 percent of the transaction value. Choosing banks and MTOs to remit is not always an option for largely unbanked populations in developing nations like Vietnam.

A settlement a few weeks ago emphasizes blockchain’s major advantage over banks or MTOs. A transfer of more than $1.1 billion was sent with an indelible footprint in 10 minutes. The fee was $84.

Shortcomings of MTOs without supporting blockchain technology: consumers will have to wait a few days to a few weeks while waiting for their loved ones to send money home.

Blockchain-powered transactions using DLT reduce costs by removing multiple intermediaries. Blockchain-based remittance providers, like Coins.Ph, have been successful in the Philippines. Homegrown Vietnamese companies have started to make headway but have yet to enter the mainstream.

A blockchain remittance can take many methods. For example, a sender owns a bank account by loadings an e-wallet app (essentially an app) provided by the international transfer money enterprise. A different example, Fiat currency is used to purchase cryptocurrency from the remittance enterprise or a third-party exchange. An amount of cryptocurrency is then transferred to the beneficiary’s wallet in the world. Funds are then changed back to fiat and transferred to a bank account.

The process will change if either party does not own a bank account. In some circumstances, an unbanked sender or the beneficiary can interface with cash points (for example telcos top-up card and convenience store chain), traditional ATMs, and even bitcoin ATMs. Beneficiaries use codes that allow them to withdraw cash without a card and even without a bank account.

With blockchain, users can easily and very safely remit money to family members or business partners in a matter of minutes, at a fraction of the cost. The remitter, in an instant, can confirm his transaction, without any third-party intervention, assured that it cannot be changed. When compared to traditional bank transfers, with slow processing times, working hours, and transfer money fees, the value proposition is stark.

No matter the flow, banks, MTOs and an unorthodox method need information that involves knowing your customers and anti-money laundering rules through eKYC. Regulators take different approaches and, of course, the legal framework varies by jurisdiction. Vietnam’s legal framework is not yet complete in policies financial and should be added soon.

The value to Vietnam remittances 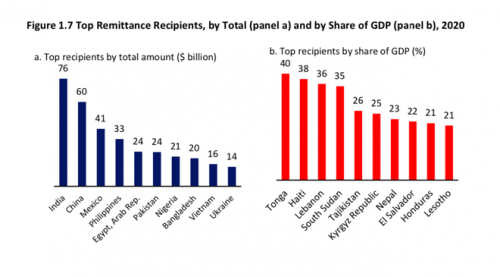 Meanwhile, Japan hosts the most Vietnamese overseas workers with around 200,000 employees. Taiwan and South Korea hold the second and third spots with around 60,000 and 50,000 workers, respectively. The average monthly income of Vietnamese workers in Japan and South Korea is roughly $1,000-1,200, with monthly salaries in Taiwan of $700-800. When multiplied by the number of workers, this amounts to approximately $3.6 billion per year - a significant portion of which is remitted to Vietnam. But workers are faced with inconvenience and expensive or risky options. Alternatives with lower costs and less friction can increase net remittances.

If blockchain remittance solutions can save overseas Vietnamese, overseas workers between 6 and 9 percent in fees, then in 2019 the net additional remittance received in Vietnam would have been $1-1.5 billion based on the same amount remitted.

An “international transfer money” is defined as one made between an offshore payment service provider and a payment service provider in Vietnam for the purpose of money transfer/payment between a money remitter/payor and a beneficiary/payee. Unlike the current decree, the draft decree expressly regulates international payments by remittance companies.

Under the draft decree, parties to an international transfer money/ payment transaction are subject to Vietnamese laws on cybersecurity, tax, anti-money laundering and anti-terrorism financing, consumer data protection, laws on foreign exchange control, and treaties signed by Vietnam on payment. Tightening requirements should make it easier for the government to support blockchain for remittances.

Development path ahead of remittances

Policy remittance advice: There appear to be no major roadblocks for blockchain-based remittance providers to provide a route for inward remittances. However, the legal framework is not stable and not complete. Existing law does not prohibit DLT powered remittances in Vietnam, assuming funds transferred as cryptocurrency are not spent as cryptocurrency. Even so, regulation of cryptocurrencies is incomplete. We are optimistic that additional government guidance and a legal framework will be provided in the medium term. In the interim, the government should implement a fintech sandbox for innovative technologies including crypto/blockchain.

Complexity: Understanding and using cryptocurrencies and DLT is complicated. But experience will teach consumers to navigate using cryptocurrencies. With time and experience, frankly, the need for users to understand how it works will diminish – an ideal solution just works without necessarily knowing how (think email or your mobile phone – most people do not know how they work; they just work). This too presents an opportunity for investors.

Crypto-fiat conversion (the exchange from crypto to state-issued money and vice-versa): The worldwide economy is still based on fiat currencies. By including a third currency (meaning crypto) in a foreign exchange transaction there is a conversion expense. But peer-to-peer transactions by blockchain removes the need for a bank transfer, so bank fees are saved, highly reducing the overall transfer costs. Private solutions with seamless onramps and offramps (meaning converting from fiat to cryptocurrency and back to fiat) will be critical to mass adoption – this is an opportunity for investors.