A Booming Fintech Investment and Exit Landscape in SouthEast Asia

Since 2015, foreign investment into Southeast Asia’s fintech companies has grown seven times, according to The Future of Fintech in Southeast Asia report by Dealroom, Finch Capital and MDI Ventures.

Foreign investors’ surging participation in the Southeast Asian fintech sector showcases that the region is emerging as the “fintech battleground” for financial institutions and established players, the report says. Some of the most active investors from outside of the region include Tencent, Ant Financial, Accel, Sequoia, SoftBank and Warburg Pincus..

In Southeast Asia, fintech is the largest venture capital investment category by number of backed startups with 484 ventures, ahead of marketplace, health and proptech.

In Indonesia, the younger generations have been driving adoption of alternative lending and e-money. Between January 2019 to January 2020, e-money transactions skyrocketed 173%, the report says.

In Singapore, artificial intelligence (AI) and blockchain have gained notable traction from the investors community, with a record of 44 blockchain and AI fintech startups receiving funding rounds in 2019.

And in Vietnam, although cash remains king, digital payments have been growing rapidly on the back of government support and a booming e-commerce sector.

Moving forward, it foresees this trend further accelerating with more than a hundred fintech exits projected to occur between 2020 and 2023..

Though initial public offerings (IPOs) will likely to be few, especially in the COVID-19 climate, M&A activity and secondary sales to unicorns and regional tech giants are expected to pick up in the years to come. 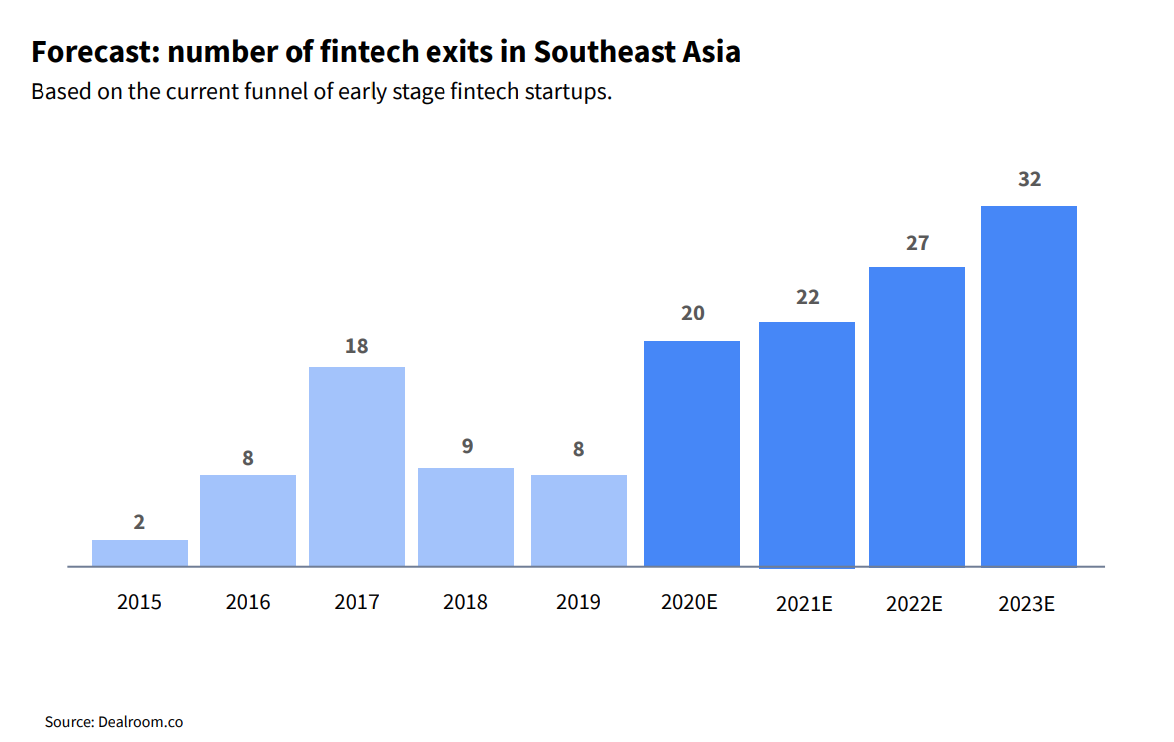 But unlike previous years where payments and wealth management startups were the main acquisition targets, a focus will be put on insurtech and enterprise software this year, it predicts.

Currently, Southeast Asia’s fintech startups are worth a combined US$10 billion, with Vietnam’s VNPay and MoMo, Indonesia’s PayFazz, Akulaku and Ovo, and Singapore’s FinAccel being amongst the region’s most valued fintech startups at a valuation above US$250 million each, the report estimates.

With a large population of unbanked, a booming Internet economy, and some 22 million people joining the mobile age every year, Southeast Asia provides massive opportunity for both local and foreign fintech scaleups, the report says.

Besides fintech, the study also looks at Southeast Asia’s overall tech ecosystem and estimates it is currently worth US$108 billion.

Singapore and Indonesia are the two most valuable tech ecosystems in the region at a valuation of US$60 billion and US$35 billion, respectively. Grab from Singapore is currently the region’s most highly valued tech startup at US$14 billion, followed by GoJek from Indonesia at US$10 billion. 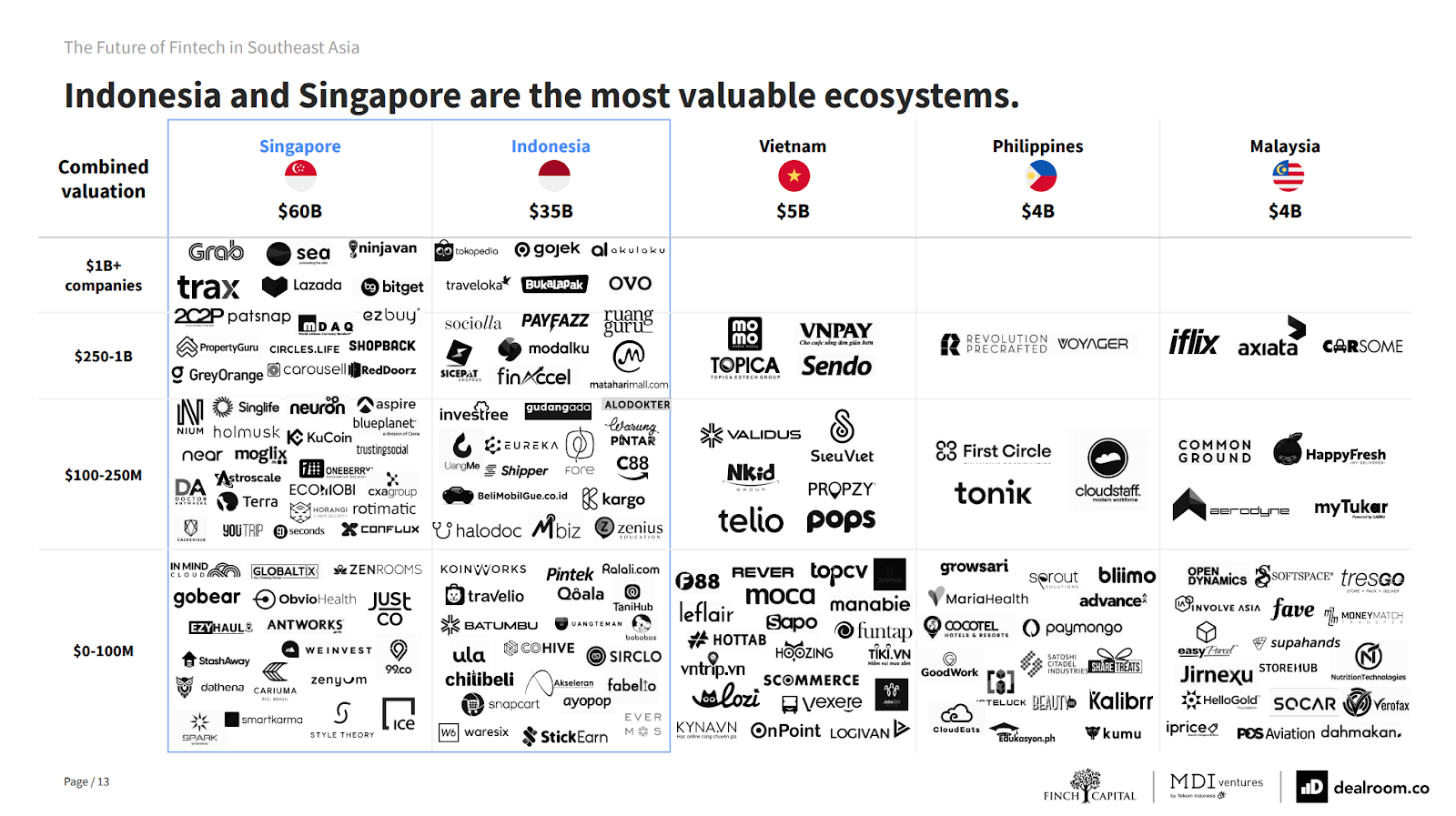